5 things to know about the LPWAN market in 2020

5 things to know about the LPWAN market in 2020

by iot-analytics.com
in All
Comments

Low-power wide area networks (LPWAN), the new connectivity technology that is geared towards energy constrained IoT devices, is starting to become one of the drivers of the re-accelerating IoT market (see our IoT 2019 in Review) – this is according to IoT Analytics’ latest LPWAN Market Report 2020-2025, published in January 2020.

The LPWAN market saw strong growth during 2019. The installed base reached 231 million LPWAN connected devices by the end of the year. This number represents a 110% increase compared to 2018. The analysis shows that the maturity of the LPWAN technologies is increasing and that there is widening portfolio of commercially available solutions.

2.      The LPWAN market is concentrating around 4 technologies 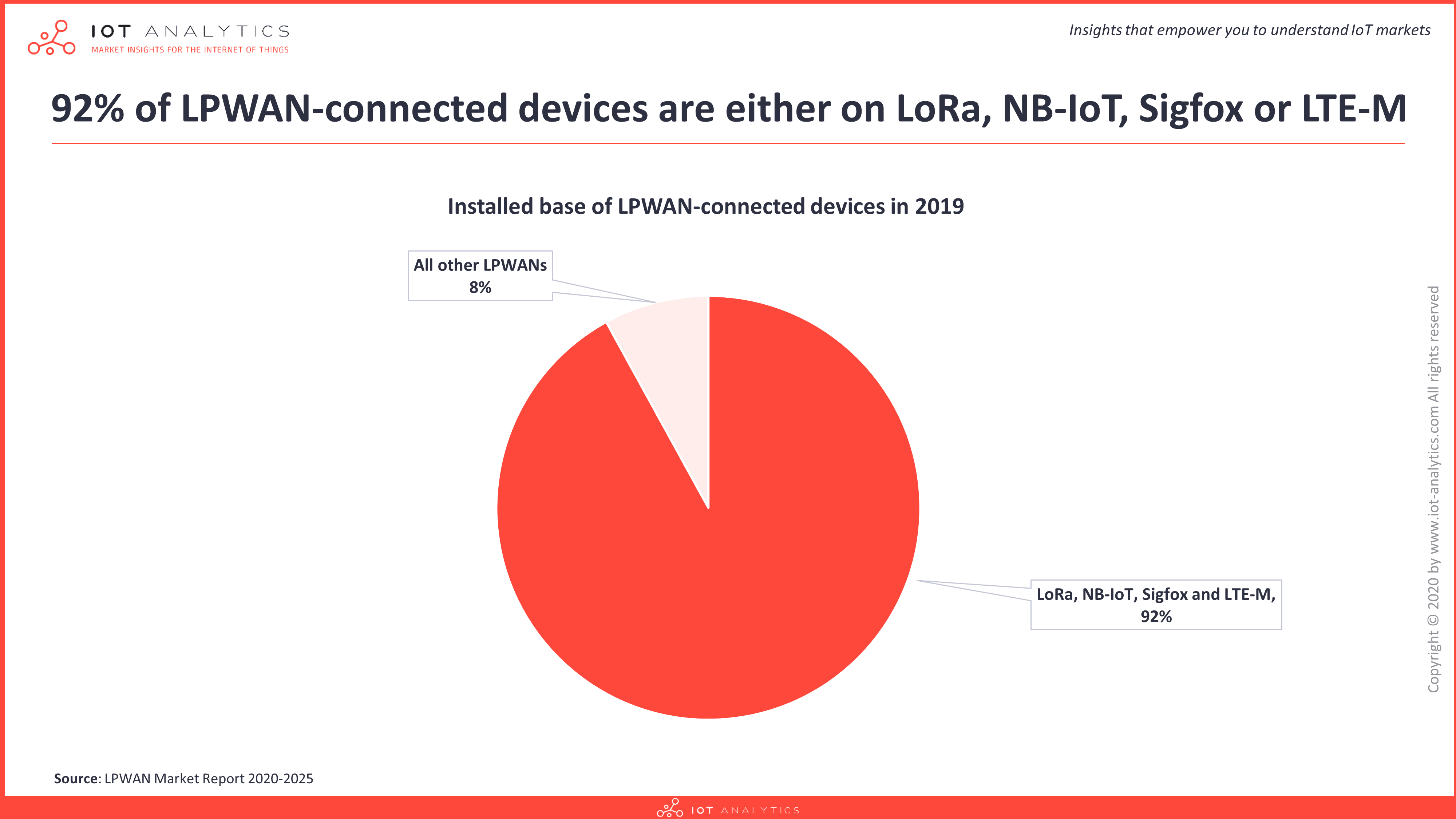 Exhibit 2: Share by technology of the installed base of LPWAN-connected devices in 2019. 92% of LPWAN connections in 2019 are either on LoRa, NB-IoT, Sigfox or LTE-M.

IoT Analytics’ estimate of the LPWAN market shows that four technologies account for about 92% of the global installed base of LPWAN-connected devices in 2019, namely LoRa, Sigfox, NB-IoT and LTE-M. During 2019, these technologies have all shown a healthy growth, further increasing their network coverage, ecosystem size and end-user adoption.

IoT Analytics believes these technologies will capture the wide majority of LPWAN connections over the next 5 years, while other technologies like Weightless, Ingenu’s RPMA and others, will remain relatively small contributors to the LPWAN market compared to the four technologies discussed above. One should note, though, that 2019 saw some new entries that should be closely watched, including the new Amazon Sidewalk technology, MIOTY from Behr Technologies and Eltres from Sony.

3.      Asia-Pacific is the largest adopter of LPWAN technologies 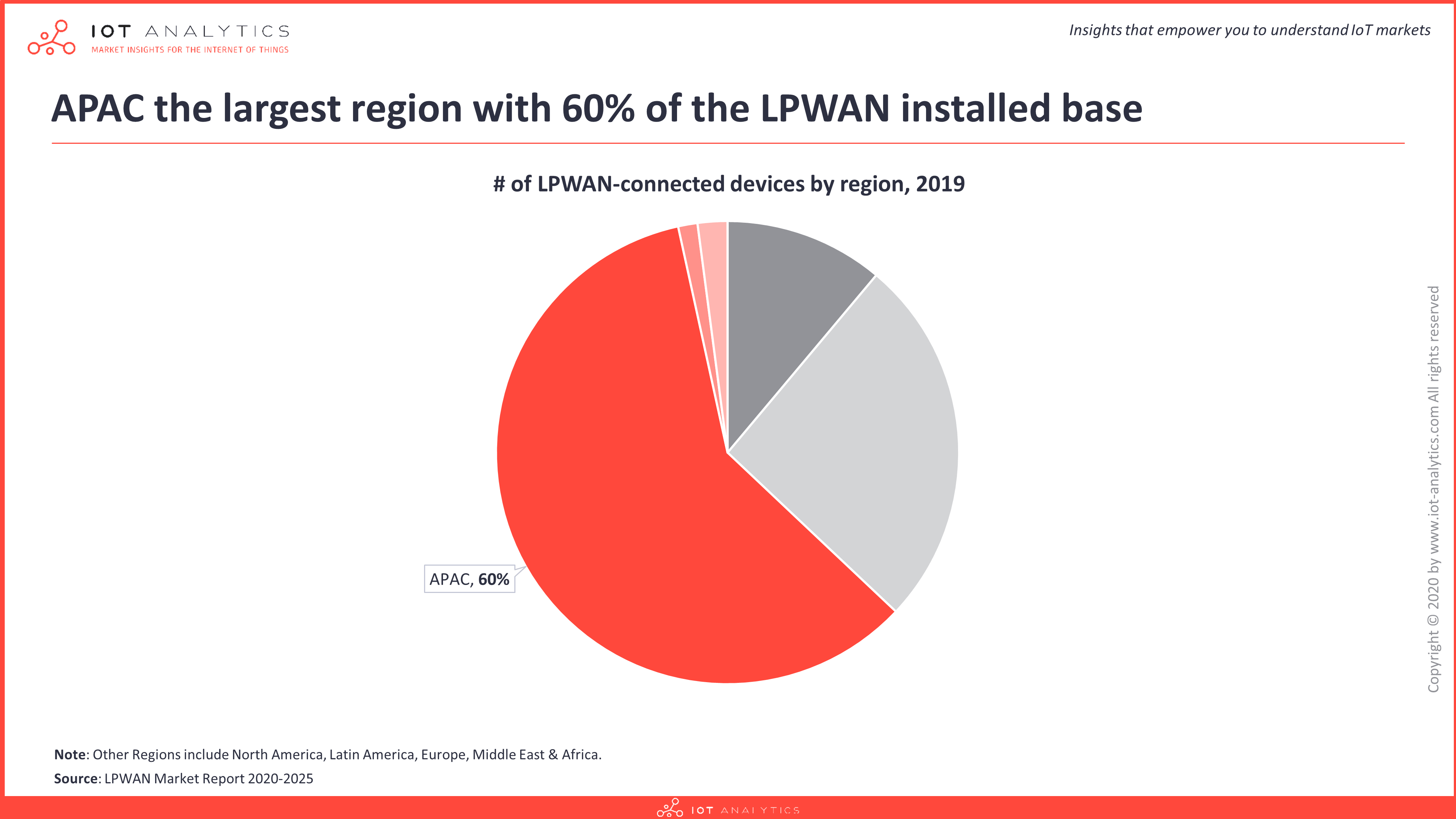 Exhibit 2: Share by region of the installed base of LPWAN-connected devices in 2019.

Over the last few years the Asia-Pacific region has emerged as the leading region in the LPWAN market. IoT Analytics estimates that this region accounts for over 60% of the global LPWAN installed base in 2019, principally driven by the quick adoption of these technologies in China. In China the local government is strongly supporting the adoption of IoT technologies, and this has stimulated the creation of a strong local ecosystem and favoured a quicker uptake of these technologies compared to the rest of the world, particularly LoRa and NB-IoT.

Some noticeable LPWAN deployments in China include

a) 1 million electric bikes monitored in Zhengzhou via NB-IoT

b) 170,000 NB-IoT smoke detection and alarm devices in rental homes in the Yuhang district

4.      Utilities remain the major market segment in the LPWAN market 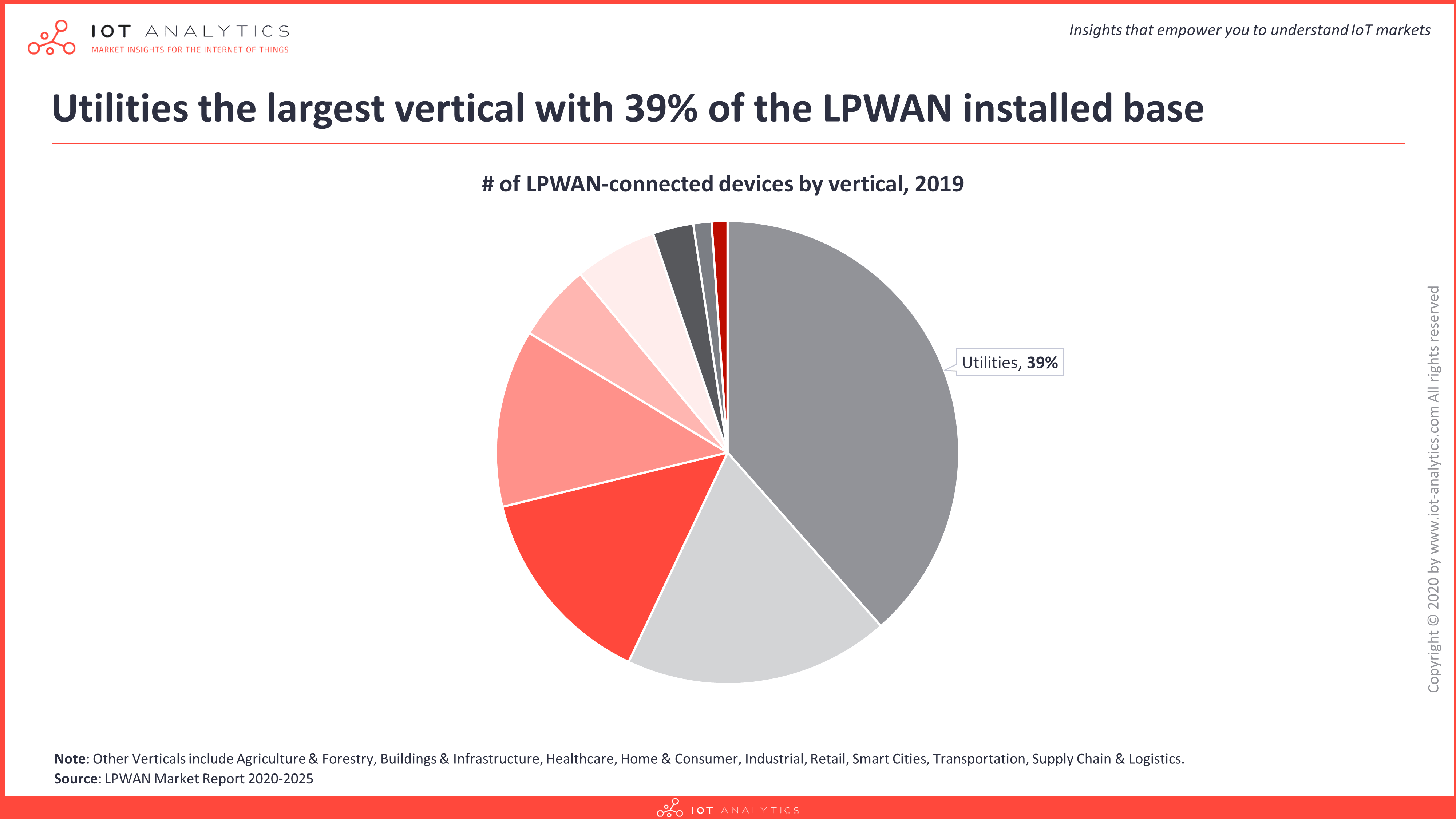 Exhibit 4: Share by market segment of the installed base of LPWAN-connected devices in 2019. Utilities account for 39% of LPWAN connections in 2019.

In 2019 the Utility segment was the leading market segment in the LPWAN market, estimated to account for more than one-third of the installed base of LPWAN connected devices, and IoT Analytics expect it to maintain the leadership through 2025. Gas and water metering are the leading use cases in this segment, with several publicly known large-scale deployments currently on-going all around the world.

Due to its ubiquitous coverage, satellite connectivity is being increasingly used by the IoT sector to enable IoT applications in areas that cannot be reached via terrestrial networks, such as in very remote locations, at sea or in the air. This is being favoured by the emergence of nano-satellite technologies, that help reducing the costs associated with satellite networks and thus make it more attractive also for lower cost IoT applications. We highlighted the emergence of nano-satellite in our IoT 2019 in review article.

Today, most satellite-based IoT solutions on the market use satellite communication as a backhauling solution, where the end-devices communicate with a terrestrial gateway that in turn provides internet connectivity via a satellite link. In the LPWAN market however various players are going beyond that and working to enable direct communications between terrestrial devices and nano-satellite-based gateways and provide global device mobility without the need for terrestrial gateways. Examples include:

The 5 takeaways discussed in this article are explored in further depth, including numerous additional examples, in the 66-page LPWAN Market Report 2020-2025. 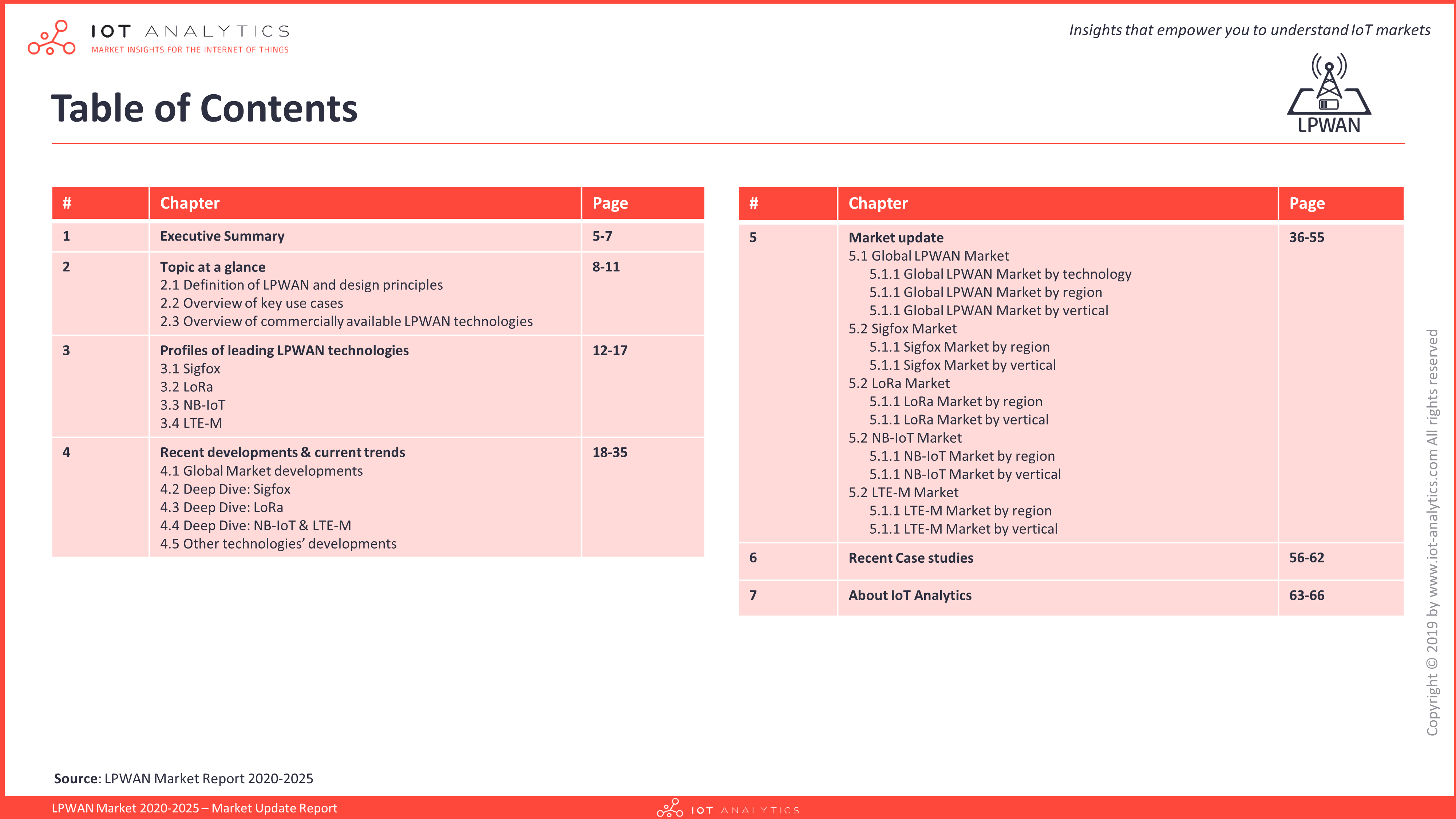 The report takes a deeper look at the LPWAN market and includes profiles of the leading LPWAN technologies, an analysis of recent market developments and trends, market forecast for the 2019-2025 period by technology, region and market segment, as well as 5 recent case studies involving each 10,000 devices or more. The study, published in January 2020, also includes a LPWAN project database (180 projects), vendor list (190+ vendors) and market model data (57 tables) in Excel format.

A sample of the report and the database can be downloaded here:

Are you interested in continued IoT coverage and updates? Subscribe to our newsletter and follow us on LinkedIn and Twitter to stay up-to-date on the latest trends shaping the IoT markets. For complete enterprise IoT coverage with access to all of IoT Analytics’ paid content & reports including dedicated analyst time check out Enterprise subscription.

The post 5 things to know about the LPWAN market in 2020 appeared first on IoT Analytics.